NOCCA’s Creative Writing Program is pleased to present the fall installment of its Creative Reading Series for 2012 – 2013:

Reception to follow
Free and open to the public 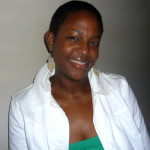 Jamey Hatley is a native of Memphis, TN. Her writing has appeared in the Oxford American and Torch. She has attended the Callaloo Creative Writing Workshop, the Voices of Our Nation Writing Workshop and received scholarships to the Oxford American Summit for Ambitious Writers and the Bread Loaf Writers’ Conference. In 2006 she won the William Faulkner-William Wisdom Award for a Novel-in-Progress. She has an MFA in Creative Writing from Louisiana State University. 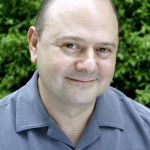 Brad Richard’s books include Habitations (Portals Press, 2000); Motion Studies, winner of the 2010 Washington Prize (The Word Works, 2011); and Butcher’s Sugar (Sibling Rivalry Press, 2012). He has also published two chapbooks, The Men in the Dark (Lowlands Press, 2004) and Curtain Optional (Press Street, 2011). His poems and reviews have appeared in American Letters & Commentary, Guernica, The Iowa Review, Mississippi Review, New Orleans Review, and other journals. He is chair of the creative writing program at Lusher Charter High School in New Orleans. He is also co-director of the New Orleans New Writers Literary Festival, a festival for high school writers, and the Scholastic Writing Awards of Southeast Louisiana, a regional affiliate of the Alliance for Young Artists & Writers.