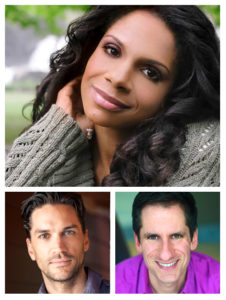 Record-breaking six-time Tony Award-winner Audra McDonald returns to New Orleans for Broadway @ NOCCA on March 31, 2017 in a benefit performance for the The NOCCA Institute. The Broadway legend will be joined on stage by series host and pianist Seth Rudetsky, who this past November starred in the five-star London premiere of his Broadway musical Disaster! The performance will also include a special guest appearance by McDonald’s husband, Will Swenson, the Tony-nominated star of Hair and Priscilla, Queen of the Desert, and is produced by Mark Cortale.

The evening will include a mix of intimate, behind-the-scenes stories from one of Broadway’s biggest stars — prompted by Rudetsky’s probing, funny, revealing questions — and Audra singing some of the biggest hits from her musical theatre repertoire. This is a spontaneous evening of hilarity and show-stopping songs not to be missed.

As a special treat, Audra will join VIP ticket-holders at a meet-and-greet reception after the show. Proceeds from the performance support NOCCA Institute programs for students, faculty, and the community.

This event is presented by Mark Cortale and the Broadway @ NOCCA series and is sponsored by the New Orleans Hotel Collection.