The NOCCA Institute awarded over $150,000 in Term-Time and Summer Study Financial Aid in 2012-13.  Students receiving aid from the Institute graduated from NOCCA with almost $7 million in scholarship offers and aid to college (not including TOPS).   Support from foundations, corporations and individuals for this program opened the doors to exciting futures for many students, and we thank you. Here are four stories of what your generosity has done in the lives of NOCCA students: 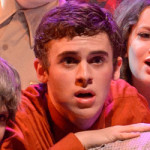 “With the help of The NOCCA Institute, I was able to attend a summer program at NYU Tisch that changed my life. The program provided unparalleled training and growth for myself as a performer, and I continued on to being accepted into 13 BFA Acting programs across the country. I am incredibly thankful to have had assistance from The NOCCA Institute, as I would not be where I am today without its support.” 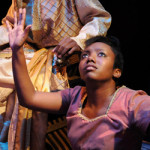 “I was always told that everything in life happens for a reason. My senior year will always be one to remember. I also remember saying that I wouldn’t have the money to follow my dreams. The NOCCA Institute made it possible for me to attend our senior trip to Chicago where I auditioned for over 15 schools. Out of 15 schools, I was accepted into thirteen of them. I received a scholarship to attend Ithaca College in NY to study for a B.F.A in Acting adding up to over $216, 000 for four years. Never give up on what you believe in, even if the price is high. NOCCA has humbled me, and I will be forever grateful to the Institute, my instructors and the NOCCA community.” 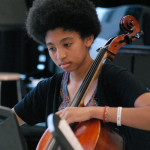 “NOCCA and The NOCCA Institute have played a major role in making my high school years and my journey ahead successful. Over the past four years, my various teachers, performance experiences and guest artist encounters at NOCCA have helped me set clear goals for the type of artist and individual I want to become. Thanks to the Institute’s financial support, I had the privilege of attending prestigious music summer programs: Boston University’s Tanglewood Institute, Interlochen Summer Arts Camp, and this year The National Youth Orchestra of the United States of America. I’m extremely grateful and all I can say is thank you , thank you, and thank you.” 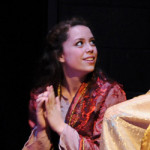 “Four years ago, I walked through the doors of NOCCA as a timid preteen, ready to “learn how to be an actress.” Four years later, I walked out of those same doors a young woman, excited and filled with determination to take the next step in my journey. Everything that happened in those four years, I owe to NOCCA and The NOCCA Institute. As a student, NOCCA helped me grow in my art. As a person, NOCCA opened my eyes. They taught me that I had a voice. And that has made all the difference in the world. Without help from The NOCCA Institute, I would not have been able to attend Unified Auditions in Chicago. I would not be heading off to study Directing at Webster University in the fall. Without NOCCA as a whole, I would be half of the person that I am today. I truly cannot express how glad I am that I walked through those doors four years ago.”